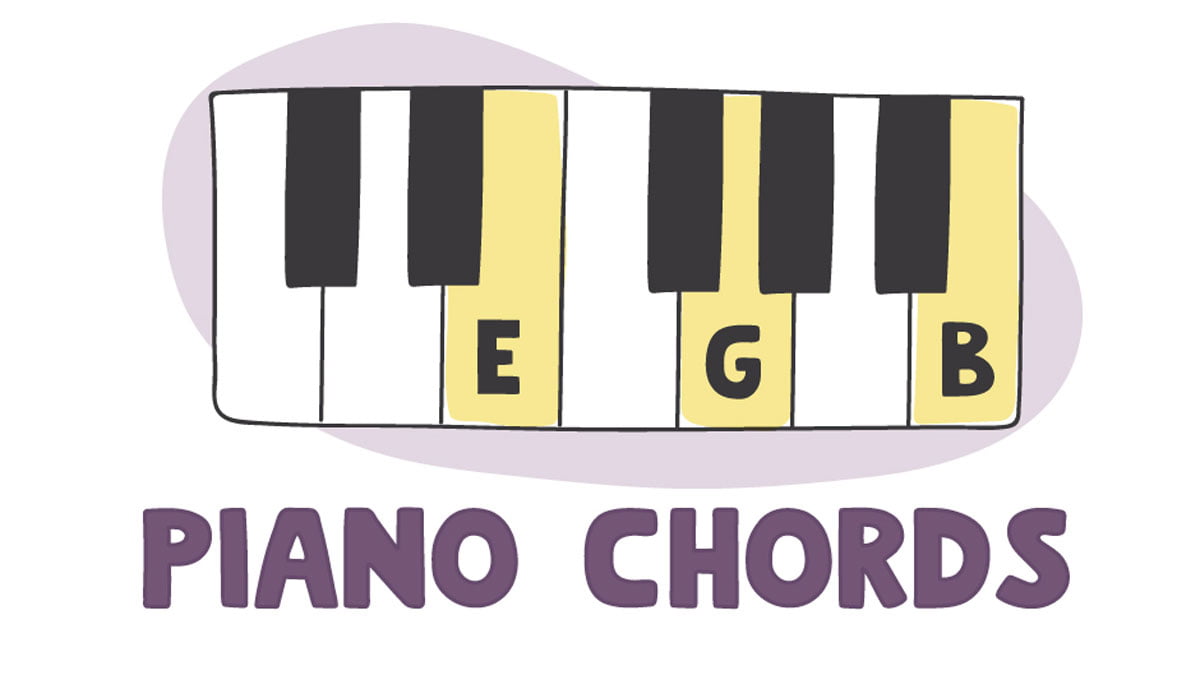 One of the best foundations you can have as a pianist is a good understanding of piano chords. This is a great way for you to instantly be able to play songs in a wide variety of genres, while also being a fun and interactive way to familiarize yourself with the piano.

That being said, the world of music theory and knowledge is incredibly dense, and finding your way in on your own can be tough. That’s where we come in.

As we mentioned earlier, chords are a foundational concept of music and can be a really fun way to learn how to play any instrument. Which is why we’ve written a quick guide to the basic piano chords for beginners, and even included some more information you can use as foundational concepts before you actually start formal lessons.

So if you’ve been looking to learn how to play the basic piano chords, you’ve come to the right place.

Read on to learn more.

What Is A Chord?

Before anything else, we first have to truly define a chord. The most basic definition of a chord is any set of tones or notes layered on top of each other and played at the same time.

In other words, a chord is a combination of notes. There are many different chords and chord variations out there, but most of them are built on top of a musical concept known as a triad. A triad is a collection of three notes, usually a minor or major third apart. Minor and major thirds are a type of interval, which in music theory basically means the space between two notes.

The concept of intervals is another very important subject in music theory, and is usually one of the first topics introduced to music students, so if you have time, try and do your own research on the concept as there is a lot of practical uses for it.

What Are The Most Basic Piano Chords?

As mentioned earlier, the most basic form of a chord is a triad, which is a chord that is created by stacking two thirds on top of each other. A major triad is made by taking a root note, it’s major third, and major fifth note. For example, if you’re in the key of C, to form a basic C major triad, you just have to play the notes C, E, and G at the same time.

Major chords are usually written with the capital letter “M” following the note, or with nothing at all. So sometimes, you might encounter a symbol that reads “CM”, which means C major, or you will also encounter just the simple capital letter “C”, which denotes the same chord or key. Minor chords, on the other hand, are usually followed by a lower case “m”. So for example, the symbols “Am”, and “Em” would stand for A minor and E minor, respectively.

These are the most basic chords in music theory, and would be a great way for any beginner to start learning.

To make things even easier for you, we’ve put together a basic chart of all the basic major and minor triads you can play on the piano. We included the notes, as well as the other common chords that are in the same key. That way, you can start learning chord progressions of your favorite songs!

*Cb is the same as B

*Fb is the same as E

Now that you know the basic triads, it’s time to look at some basic chord progressions. The roman numerals on the list are meant to represent intervals. For example, “I” is the root chord, so if you’re in the key of C major, the “I” chord is C major, while the “IV” chords would be F, and the “V” chord would be G. If the roman numerals are in the lower case, for example, “iii”, that means it’s a minor chord, so in the key of C, the “iii” chord is Em.

This is one of the most common progressions in all of modern music. It can be heard on songs such as “No Woman, No Cry” by Bob Marley and “With Or Without You” by U2.

If you were in the key of C major, the chord progression would be C-G-Am-F.

This is another common progression, especially in blues, reggae, rock and roll, and even pop. This is also the basis of the “12-bar blues” chord progression, as it contains the same chords, but it’s much simple. One of the most familiar songs this progression could be heard in is The Real Ritchie Valen’s, “La Bamba”

In the key of C major, this progression would be C-F-G.

This is a common chord progression heard in a lot of soul, RnB, and pop music. It’s also very common in “Doo-Wop” songs and classic ballads such as the Righteous Brothers’, “Unchained Melody”.

This is a very common jazz progression heard in complex classics studied by jazz students or in simple pop-jazz songs such as Maroon 5’s, “Sunday Morning”.

In the key of C major, the progression goes as follows: Dm-G-C.

Last up, we have a chord progressions commonly heard in classical music, though it has also made some appearances in rock and roll music and ballads. The most familiar piece that uses these chords is the Pachelbel’s “Canon in D”, but it also can be heard in the hit song “Graduation” by Vitamin C.

In the key of C major, the progression would go as follows: C-G-Am-Em-F-C-F-G.

And there you have it, our quick guide to basic piano chords with some common progressions that you can use to practice.

With these chords, you can play almost any pop song out there, which is a great way for you to familiarize yourself with the piano and get your hands used to shifting chords in time.

Just remember, any instrument takes a lot of time and effort to learn, whether that’s the piano, bass, guitar, or violin. But if you make sure to put in the effort and practice regularly, you’ll hear, feel and see yourself improving in to time!